Can a person really be born to do something?  Not that it was felt within their very core that this endeavour was such a part of them they just had to do it, but that life, situation and circumstances meant that a person was never really going to do anything else.  For example, a person born in the public eye may find, that regardless of personality or preference, they would one day be a celebrity of some sort.  What, then, would you suppose would come of a girl whose father was a tailor and whose mother was a dressmaker?  This was the case with Pauline Trigere, who seemed to have been adopted by design and claimed by fashion from an early age.

In this short Pauline Trigere Biography, the reader will see that Pauline Trigere, fashion designer, daughter, mother and sister, was never really going to do anything other than create fashion that would be worn for decades to come.  And when you consider today the Pauline Trigere vintage clothing designs available for recreation; I think we can all be happy that’s what she did.

Born in Paris France in the year 1908, Trigere grew up watching and learning the art of dressmaking from an early age.  By the age of 10 she was already a competent and capable seamstress.  In her teens, however, her passion seemed to lie in a very different quarter.  With dreams of becoming a surgeon, she was more interested in modern medicine than modern fashions. But, with a father that did not relish the idea of having a daughter that would inevitably have to deal with death in a medical capacity, he forbade it.  It seemed, that for Pauline Trigere, dreams were not to pave the way for her future career.  Already talented enough to create her own fashions in her early teens, the path was laid, the way forward clear, the route decided upon.

Trigere apprenticed as a trainee cuter at Martial et Armand in the Place Vendôme, Paris after leaving college.  Here is where she further built upon her talents, and here is where she met her future husband.  Trigere had two sons to Lazar Radley, and in 1936, as increasingly worrying reports of about the rise of Hitler spread, the couple moved and found a home in the United States.  This is where Pauline Trigere fashion was born.  Was it because Trigere had now found the muse that she needed to create?  Trigere herself said: ‘there was no drive because I wanted to become a great designer. I had two small children and a mother and we all had to eat. That’s the drive I had…’. Once again, it was family that created yet another pathway that must be walked.  Her brother supported this endeavour and took her first collection to fashion houses. 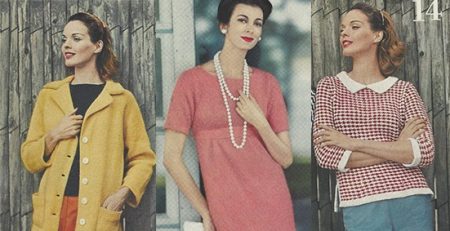 Here at The Vintage Pattern Shop fashion is our passion. A catalogued history of fashion allows us, not just... read more 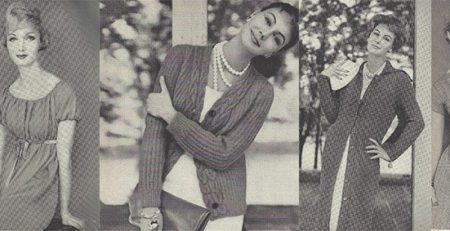 Although it seems knitting has and always will have its place in the history books, providing generations with beautiful... read more 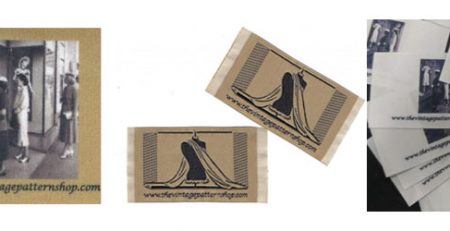 Giving Your Vintage Garment an Identity

Since The Vintage Pattern Shop opened its new virtual online doors in 2017 it has seen many iconic fashions... read more

History, is the collection of events and actions that spans across a number of years, and continues to have... read more