The History of Fashion

The History of Fashion

History has been defined as the study or record of past events, particularly those in human affairs. What about the history of fashion? We can study where the fashion world has been in the same way, but in order to make sense of it, to understand the journey of fashion, we must recognise that it is human affairs that has directly influenced where fashion has been and where it continues to go.  Rather than fashion being the leader of what happened in history, history is what has lead fashion.

Whereas various designers, models and fashion entrepreneurs have used their artist licence to influence and interpret the fashion industry as they see fit, there muse and inspiration came from times they lived in.  The fashion they created and pioneered was a reflection of the feelings and historic occurrences of the time. The same is true with historic printed fabrics. Patterns depended very much on what was the feel of the times.  For example, psychedelic patterns and flower power fashions will always be associated with the 60’s and 70’s, not just because that was when it was created, but because of the timeframe they were created within.

It is fair to say then, that within the figurative walls of The Vintage Pattern shop, is not just an emporium of vintage sewing patterns, but pieces of history and a map to discovering more about the times and the people who lived within an era and a decade.

War times, social and political movements, technological developments all played a part in what people wore.  War dictated what kind of fabrics were available and how much could be used.  Social ideas such as women’s rights and equality meant that women’s daily attire became less restrictive and more liberating.  And technological advances such as the television set meant that people were influence by celebrities like never before.

The mini skirt, wrap dresses, peter pan collars, poodle and pencil skirts, hot pants, skater dresses and with many other iconic fashion pieces can be found in The Vintage Pattern shop for reproduction to create and add to your personal wardrobe, or to create a symbol of the times for a fancy-dress party.  Either way you will look fantastic and have people asking you where you got your clothing from.  The beauty is you will have created it yourself.

One of the most popular fashion houses throughout the decades has been vintage Vogue patterns. These are available within The Vintage Pattern Shop for purchase so that you can add these vintage sewing patterns reproductions to your collection.

Historical costume patterns are extremely popular for fancy dress, but can often be purchased when trying to create a piece of history for special occasions such as wedding and anniversaries.  Victorian, Regency and Georgian costume are a popular choice.

Here at The Vintage Pattern shop we sell historic vintage sewing patterns reproductions to allow you to recapture any or all of these periods from the history of fashion.

At The Vintage Pattern Shop, in the pursuit of finding our fashion loving customers the most beautiful vintage patterns,... read more 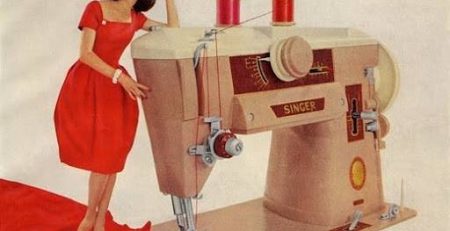 There’s something so romantic about vintage fashion and the way it can bring glimpses of a lost time into... read more